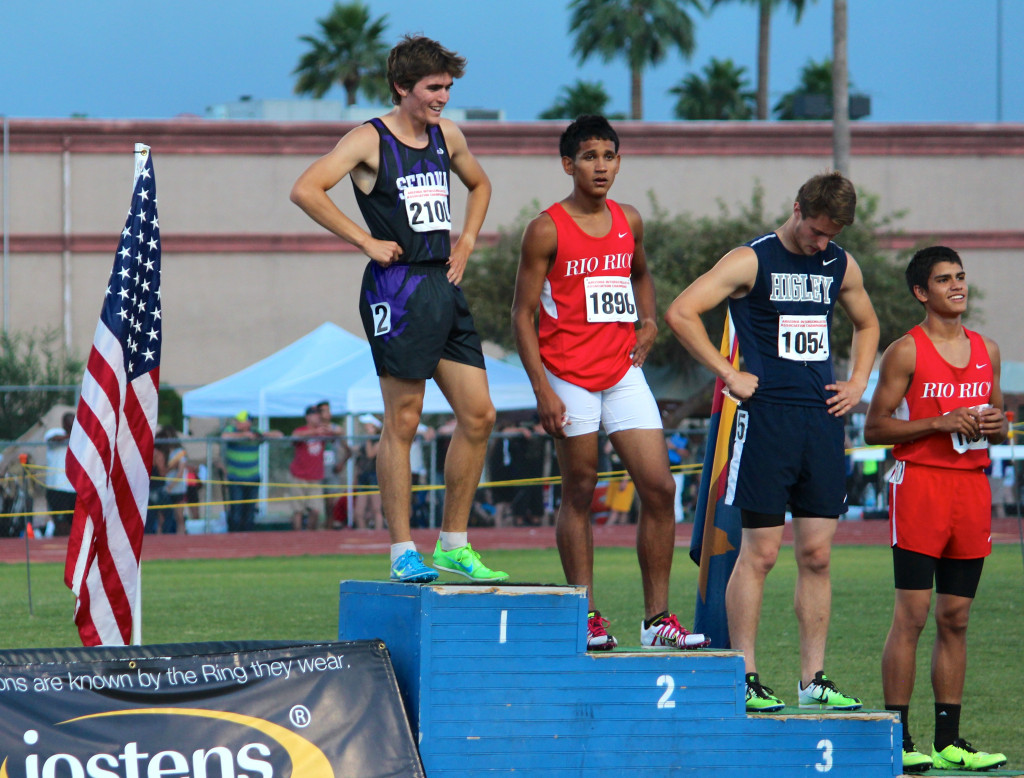 Travis is my 16-year-old son. He is a senior in high school, number one in his class, and has a GPA of 4.33. He was president of his class in 8th grade and in 10th grade, and was student council secretary in 11th grade. Travis is a 2nd degree black belt in Tae Kwon Do, team captain of his cross country and track teams, and Arizona State champion in the 800 meter run.

I am sharing his story because he has never had a mind-altering drug in his life.

I have just given birth and I look deeply into the eyes of my newborn son. His Dad has chosen the name Travis, which means a crossing or a bridge, and as our eyes meet I feel myself experiencing a profound Divine Presence.

That this birth has happened at all is in itself a miracle. I am 42 years old and have recently been through treatment for breast cancer. I had wanted another child with all my heart. When I got confirmation of the pregnancy I had gotten down on my knees and given thanks with tears in my eyes. Grateful does not even begin to touch how I felt that day. Now, as I look into, or more accurately through, his beautiful blue eyes , I feel I am indeed seeing God.

All of our other children’s first word was “Dada,” so I’ve been on a mission to teach him “Mama.” Every time I pick him up I say “Mama.” Travis is 5 months old. It’s the evening before Mother’s Day and I pick him up to change his diaper. He looks up at me with those deep blue eyes and clearly says “Mama.” 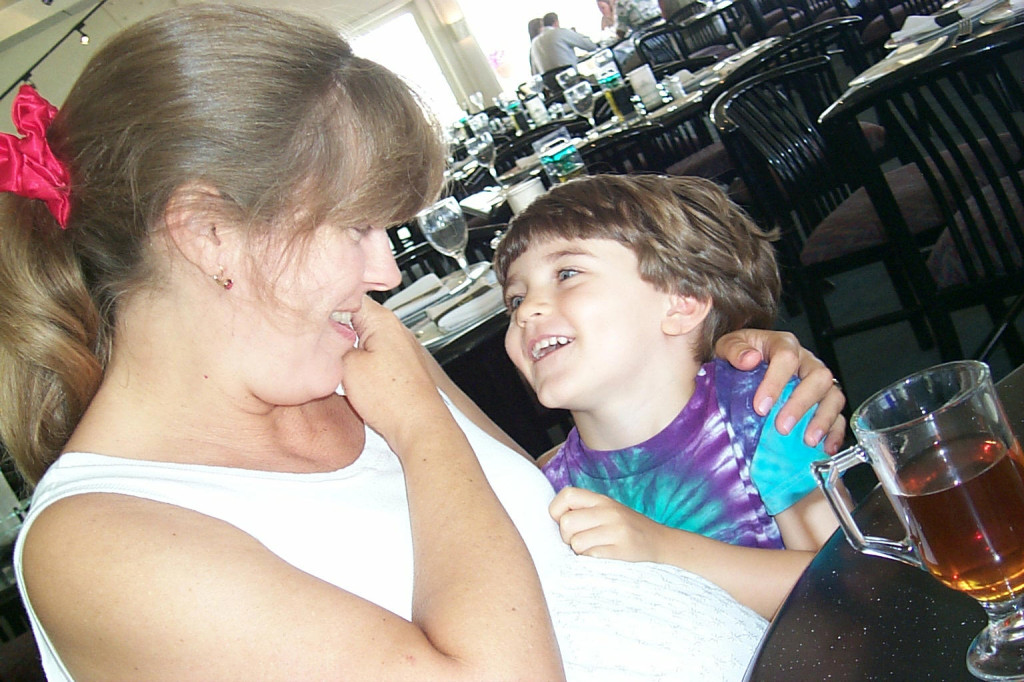 Travis is 4-1/2 years old and has just completed his first year of pre-school. He is a loving and easy-going child, and his extraordinary spiritual connection and exceptional intelligence are obvious to me and his Dad. But now his teacher is telling us not to start him in kindergarten in September, even though in our state he is legally old enough. He is unfocused and does not follow instructions well. He even drew a face with the eyes, nose, and mouth outside of the head. She shows us his artwork as evidence of his lack of readiness. I’m feeling like maybe he’s just being creative, but it’s hard to stand up to the commonly-held perceptions of educators.
June, 2001

My husband and I have observed that it seems to be difficult for Travis to focus, although I’ve noticed that this is not true when he’s playing video games. Nonetheless, we decide to start him in Tae Kwon Do, believing that this could be a help to him in this area.

We make the difficult decision to start Travis in kindergarten, against the advice of his pre-school teacher. We know he’s extremely gifted, intellectually and spiritually, and our strong guidance is that he needs to be pushed a little, not allowed to “sleep” away another year of pre-school. Some of the kids are already reading and writing. Although given the opportunity, he seemed to be too unfocused in pre-school to be taught. Our guidance is that ultimately his sense of competition, of not liking to be behind the other kids, will motivate him to accomplish these things.

Travis’ kindergarten teacher is an older woman, teaching in the traditional way. She calls us in, together with the principal, for a conference. Travis, she says, is not ready for kindergarten. She comes armed with his work to date. He doesn’t pay attention, doesn’t follow instructions. He even gets up and walks around the room singing when she’s in the middle of teaching class. She says his behavior is a “red flag” of his immaturity. She suggests that he has ADD. I think to myself that the “red flag” is that she thinks this child is immature. I know Travis is mature in ways far beyond his years and I’m thinking that maybe she needs to rethink her teaching methods. My husband and I thank her for her concern and tell her that we feel it is a mistake to hold him back because we don’t want him to be bored with school. We are taking our cue from an older son who got straight A’s through 8th grade and then decided school was boring and irrelevant. He’s in high school now barely keeping up. The principal quickly assures us that Travis has the right to be there and that they will do everything possible to accommodate him. The teacher is shocked.

Travis’ sense of competition does indeed motivate him. He learns to read and write that year. We hire a tutor for him after school to help. His Dad or I sit with him to help him focus whenever he works at home. It’s clear that when something interests him he has the ability to focus. Not much in school is interesting to him. I begin to understand that his clear spiritual connection is his default when school bores him, that he walks between the world of Spirit and our physical world adeptly, and that this is being perceived by others as ADD. I am guided that the school system needs to change to accommodate these gifted children.

I tell Travis that he is spiritually very connected and gifted, and that this is why he has a little more trouble than other kids focusing on school work. I tell him that because he’s so connected, that sometimes by comparison what he’s learning in school might seem boring, but that to live in our world it is necessary to learn these things. My husband and I tell him that we know he can do it, and we spend a lot of time helping and encouraging him. He makes it through kindergarten with an acceptable performance. He has now been attending Tae Kwon Do classes for a year.

Travis’ first grade teacher calls us in for a conference. She tells us that we did the right thing keeping him in kindergarten, that he is intelligent and shows amazing maturity in his concern for others. He is doing just fine in his school work, although focusing remains challenging for him. However, we begin to notice that other children are taking advantage of him because he is so easygoing. His self-esteem is beginning to suffer. By the end of first grade we decide to enroll him in a local Montessori school that his younger brother will be attending.

We discuss in detail Travis’ needs with a wonderful woman named Paloma who, with her partner, is opening a new Montessori school . In some ways she seems to know what’s going on better than we do. He is going to be the only second grader in a classroom with kindergarten and first graders. She explains to us that it’s the Montessori way to have two or three grade levels in each classroom because it mimics a normal family environment. She feels that Travis can benefit from being the “big kid.” Paloma spends the next two years helping to build Travis’ self-esteem. He responds well under her tutelage. The Montessori method is a much better match for him than the traditional classroom and he’s exposed to ways of learning that are interesting to him.

We move from California to Arizona. Travis has been taking Tae Kwon Do classes for four years. It is apparent that Tae Kwon Do is having a very positive impact both on Travis’ ability to focus and on his self-esteem. We are determined to keep up the classes but it takes a few tries before we find the right school.

Travis begins fourth grade at a local Montessori charter school. He is in a classroom with fourth, fifth and sixth graders. It is a much larger group than he is used to and it is a big adjustment. The students are given freedom to work at their own pace and at the end of the first quarter he has fallen behind. At this point he realizes that it’s up to him to stay current, and he begins to do it on his own.

During fifth grade Travis becomes more and more self-sufficient. He is nurtured by teachers who emphasize his strengths. By sixth grade he has become a leader in the classroom. In 2007, at the age of 10, he receives his 1st degree black belt in Tae Kwon Do. As part of the testing he must complete a two mile run, and he has trained on his own for this. He also has begun participating in the Sedona Marathon with a group from school, completing the 5K race. In 2009, at the age of 12, he receives his 2nd degree black belt. Running has now become an important part of his life.

The Montessori school he attends is a K-8 school. There is a seamless transition into middle school. In 8th grade he is elected class president. He diligently holds Friday fundraisers and organizes school dances. We never have to tell him to do his homework. The Montessori way of letting the kids take responsibility has been key in his development. 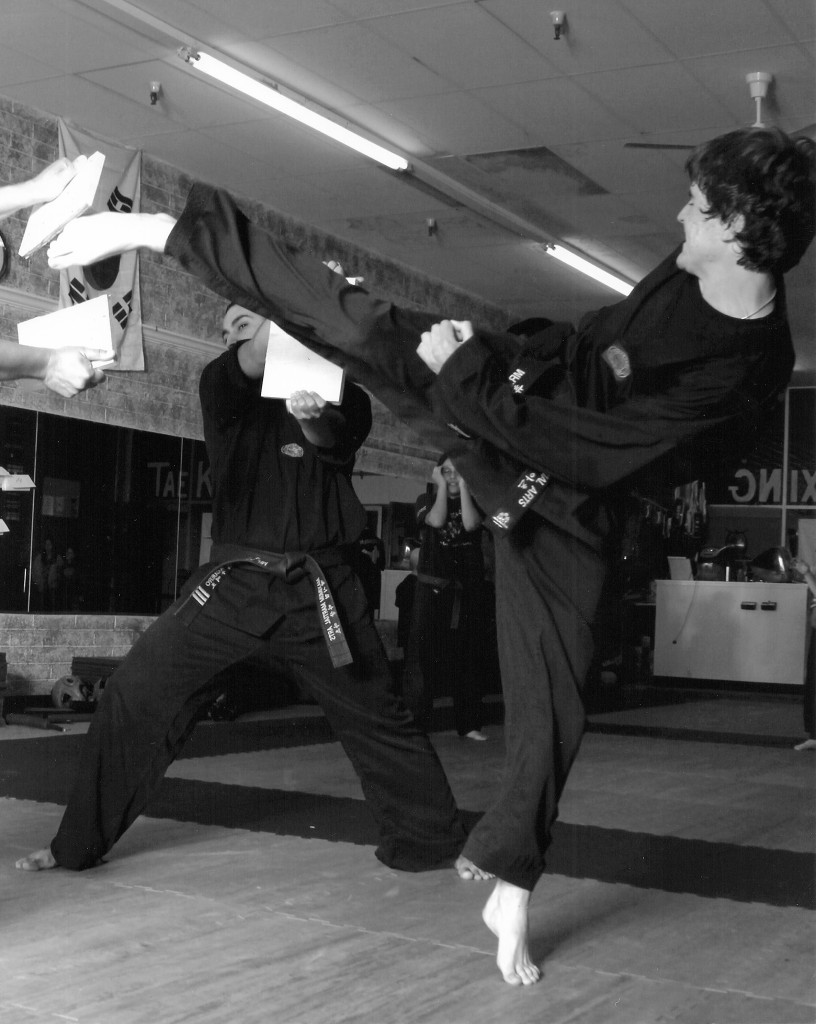 Travis breaking a board during Tae Kwon Do testing

Travis begins running for the high school cross country team in his freshman year. The school team is like a family and the coach teaches values and hard work. He is a great mentor for Travis. Travis is also mentored by an older classmate who works out with him and encourages him. When track season begins he decides to continue running as a distance runner. By junior year he is mentoring others and is a serious competitor. His other accomplishments I have already mentioned.

Travis is currently being recruited by numerous colleges, including several in the Ivy League, for his athletic as well as his academic accomplishments. He is a kind brother, son, grandson, and friend. He likes to play the guitar, sing, play cards and watch baseball and track meets. There is nothing about him I would ever change.

I invite all parents and educators reading this to see children who have been diagnosed with ADD or ADHD as the connected, complete, and beautiful beings that they are. What others have seen as a disorder I encourage you to see as a gift. No two stories are alike, but I hope by my sharing this you may begin to find your own creative ideas as to how to raise these amazing beings without drugs.

To those of you older children with ADD or ADHD, whose parents and healthcare providers helped you get through school in the best way they could, remember that no drug has ever affected your essence. You came here with a purpose and a mission, willing pioneers in effecting wonderful changes for our race and our planet. For this I honor you.

2 Responses to “The Story of Travis” 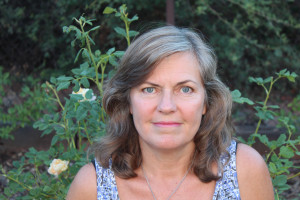 Rosine is a Sedona-based healer for the awakened and awakening. To book a session, e-mail Rosine directly at rosine@rosesandlight.com or use the contact form on this page.